The Suzuki Maruti 800, the European name of Maruti 800, is a car manufactured by the Indian company Maruti Suzuki India Limited and entirely based on the popular Suzuki Alto.
First introduced in production in 1984, this city car was equipped with a water cooled engine as well as a 4 or 5 speed manual transmission. Kept in production for no less than 24 years, between 1984 and 2008, Maruti 800 was a best seller in India, a title which is currently held by Maruti Alto. Since March 2008, the car is sold under the Suzuki Maruti name in multiple countries around the world, including Morocco and other European markets. 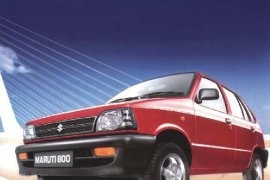