In 2010, Nissan unveiled a brand new Sunny sedan at the Guangzhou International Motor Show.
The model rapidly became a success around the world and is sold under a number of names, even as a Renault in India. The US maker finally got this affordable subcompact sedan based on the Micra back in 2011, as the “second generation Versa Sedan” with prices starting at just $10,990. The Japanese-spec model was released as the Nissan Latio, imported from Thailand, on October 5, 2012, followed at the end of the year by the model sold in Australia under the Almera name a powered by a 1.5-liter petrol engine. 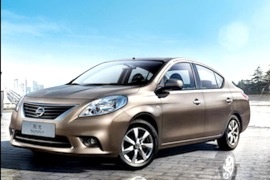