Underpinned by Proton’s new-generation P2 platform, the Suprima S is a five-door compact hatchback engineered in Malaysia and designed by Giugiaro.
Although it shares a large majority of its body panels and parts with the Proton Preve saloon, the Suprima S was designed with larger emphasis on international markets, being launched in Indonesia, Australia a few month after its Malaysian debut. Proton plans to take the Suprima S to other markets as well, including the United Kingdom, Thailand, Turkey and Egypt. At launch, the hatchback was available with a 1.6-liter engine rated at 140 horsepower mated to a CVT. 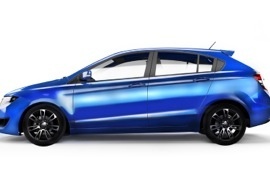