Renault Twingo is a mini car unveiled by the French carmaker in 1992 at the Paris Auto Show but introduced in production in early 1993.
Since it was first presented to the general public, the Twingo received multiple facelifts in 1998, 2000 and 2004 as well as a second generation in 2007. Although it shared numerous parts with lots of other Renault models, the Twingo managed to gain the market’s attention with the help of its interior which is regarded as one of the most attractive in its class. The first models were equipped with a 1.2 8V or 16V engine which could produce 60 and 75 horsepower respectively. 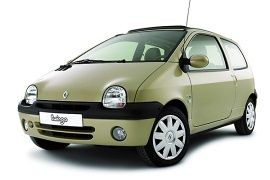