Subaru expanded its range in 2014 with the introduction of the Levorg mid-size wagon on the Japanese market and, after two years, it was launched worldwide.
The name is a portmanteau of LEgacy, reVOlution, and touRinG. The model is built on the same platform as the Impreza, Legacy, and WRX and is considered the spiritual successor to the fourth-generation Legacy Tourer which went out of production in 2008. While the exterior is smaller than the latter, the interior offers more room for passengers and luggage and is offered on most markets with a 1.6-liter boxer engine mated with a CVT. 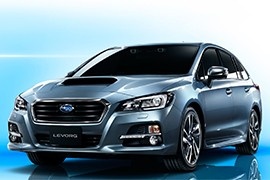