Born in 2004 and still in production, the Suzuki APV is an MPV belonging to Suzuki but assembled by a subsidiary of the Japanese company called PT.
Indomobil Suzuki International in Indonesia. The name of the car stands for “All Purpose Vehicle” although Suzuki launched in 2007 a new model called APV Arena. Even if this compact MPV isn’t too popular in the world, it sold pretty well in Australia, Pakistan, Malaysia and Chile. The model received several design modifications to the front and back, mainly regarding bumper and headlights shapes, but overall it remained the same. 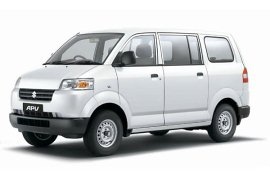