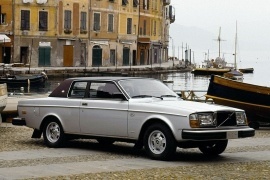 The Volvo 262C has always been described as a very elegant car although it was actually a two door coupe.
However, it had four seats, all of them covered by leather, as well as a black vinyl roof which gave the car a different look in comparison with the previous models designed by Volvo. Because it was first presented at the Geneva Motor Show in 1977, lots of people thought that the Volvo 262C was especially designed to celebrate the 50th anniversary of the Swedish company. However, Volvo prepared special models for this event so the 262C model was just an exclusivist released during the same year.