The 2013 Lincoln MKT was an evolution of the initial, 2010 model, with new features and new design changes to enhance the vehicle as a mid-life refresh.
The Lincoln SUV lineup was enhanced once more for 2013 and, even if it was based on the Ford Edge’s platform, it featured amenities that were unique to the luxury American brand. The three seating rows were covered with leather and the overall interior appearance was dominated by luxurious items.

The most notable differences were at the grille, which was redesigned. Another feature that increased the comfort and the airy feeling inside the cabin was the fixed-class panoramic roof.

The interior was heavily modified. It could be configured as a 6 or 7 seating position, with middle row individual seats or a bench. The second-row seats could also be heated and cooled. The second-row refrigerator (integrated into the center console) remained a popular option. The all-new instrumentation featured a central speedometer flanked by two full-color LCD screens. The 4.2-inch LCD screens were controlled by five-way buttons on the steering wheel. The 8-inch multi-function LCD touch screen dominated the center stack and provided the visual and control interface for the entertainment system, phone, navigation, and climate control.

The standard engine for 2013 was a more powerful and efficient 3.7-liter V6, which offered an increased power to 300 from 268. The standard transmission was a 6-speed automatic. 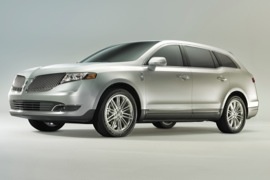