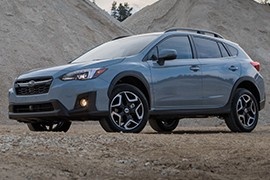 A new Subaru Crosstrek was introduced in 2017, based on the new Subaru Global Platform to offer enhanced performance, safety, and comfort.
The fun-to-drive Crosstrek combines a bold new design with a new highly capable chassis for versatility in both off-road and city driving. The brand’s core technologies featured by the model are represented by the BOXER engine, Symmetrical All-Wheel Drive, and EyeSight Driver Assist Technology. All trim levels with the Lineartronic CVT (continuously variable transmission) now come standard with driver-selectable X-Mode to provide better wheel control on slippery surfaces and steep inclines. 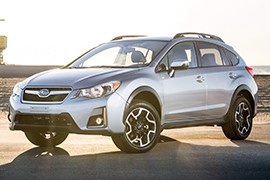 Based on the same platform with the Impreza, the Crosstrek represented a new cross-over vehicle from one of the most known all-wheel-drive car-makers in the world: Subaru.
Subaru made all-wheel-drive vehicles for over 40 years but its experience in off-road vehicles was limited. The Forester, the Tribeca, or the Brat were good for mild off-road trips. But still, when it comes to SUVs, its models are not scared by some grass-covered paths, slippery surfaces, or sand. The Crosstrek was built to enhance the driving on those surfaces.

From the outside, the black overfenders on the wheel arches and the plastic protections underneath the bumpers might give it an off-road vehicle look. But the car-maker intention was to build a cross-over and that was the result. With its hatchback bodywork, sculptured doors and side panels, and curved lines, it was like an Impreza with boots. The 17” light-alloy wheels featured a specific design for the Crosstrek.

Inside, the Crosstrek featured a bucket-seats in the front and a bench for three in the back. A 6.2” or a 7.0” infotainment system was installed on the center stack. For the instrument cluster, a two-dial layout with a TFT information center display placed between the speedometer and tachometer were placed behind the three-spoke steering wheel. On top of the dashboard, an additional screen was installed to show a few basic information.