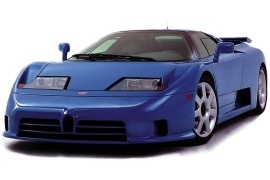 A year after launching the EB110 GT, Bugatti developed a high-performance variant of its initial model called the Super Sport.
Featuring a lighter bodywork and a revised 3.5L 60-valve quad-turbocharged V12 engine, this model would score an impressive 3.2 seconds on the 0-60 mph sprint and top around 216 mph. It was produced in 31 units through 1995, when both the SS and GT versions were discontinued due to Romano Artioli’s company going bankrupt. The Super Sport later served as base model for Edonis or Dauer developed by B Engineering and Dauer Sportwagen respectively in the late 1990s. 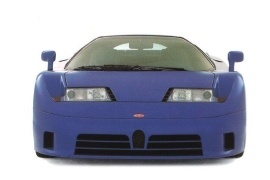 At the beginning of ’90s, Bugatti built the most technologically advanced supercar in the world.
It was reborn of a legendary brand, performed by a group of enthusiast engineers.

Romano Artioli gathered a group of engineers who worked together on other supercars such as the Lamborghini Miura. The design was a contest between Marcelo Gandini and other famous designers from the era. Over the development project, the design had to be changed but Gandini said no. In the end, the known designer Gianpaolo Benedini finished the project. The car featured advanced technologies made by the French helicopter manufacturer Aerospatiale, who built the carbon-fiber chassis. It was something never done before. And so was the car.

Benedini wiped off the pop-up headlights from the Gandini project, raised the front end, and included wider air-intakes on the sides plus air-vents in the front hood to increase the downforce at high speeds. On top of that, the EB110 featured an active aerodynamic system, which opened and closed air-intakes, raised and lowered the rear wing.

Inside, there was a luxury crafted interior, with wood on the dash and leather on the seats. The six-speed manual sent the torque to all four wheels, via a fixed 27:73 torque ratio. The side windows were only partially open and the scissor doors were kept from the original, Gandini, project.