Unlike its predecessor, then called the Fisker Karma, the new Karma Revero has went for a BMW engine to power an on-board electric generator, improving the overall performance of the car immensely.
That said, the GM-sourced 2.4-liter four-cylinder has been replaced with a 1.5-liter, turbocharged three-cylinder from BMW.

This may sound like a downgrade but Karma engineers are confident that the vehicle’s overall performance has been improved. Only the first out of a future three-model lineup, the new Revero is obviously still based on the Fisker Karma, offering a very similar design and identical proportions. 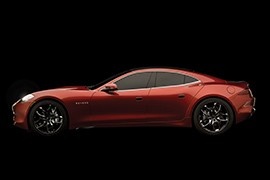