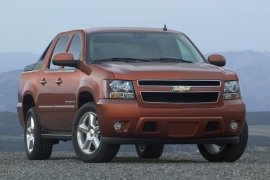 Chevrolet introduced the second generation of the Avalanche in 2006 and showed an improved overall design, but kept its main advantages.
Built on the same platform as the Chevrolet Silverado/Cadillac Escalade, the Avalanche SUT was the budget-version of the Escalade SUT. It was a four-door SUV with a short bed in the back. The idea was not bad, but the customers were not very keen to adopt it.

On the 2006 model, the Avalanche SUT shared its front fascia with the Tahoe and the Suburban. It featured two rectangular-shaped headlights with corner-mounted turn signals and daytime running lights at the bottom. Its grille sported a transverse slat that wore the golden bow-tie badge in the middle, while GM adorned the bumper with a pair of fog lights. From its side, the four-door pickup featured a short bed in the back.

GM built the SUT version with a very flexible cargo area. The cabin featured a removable rear panel, extending the bed length. This was the main advantage of the Avalanche SUT. Its cockpit provided two wide seats at the front and a split-folding bench in the rear. Thus, the customer could have used the rear seats as a storage area or fit three adults inside. On the dashboard, Chevrolet included the transmission buttons to engage the 4x4 system and the low-range gear.

Under the hood, GM installed a choice of two engines: a 5.3-liter V-8 and a 6.0-liter V-8. The former was available with a two-wheel-drive configuration, while the latter was exclusively 4x4. 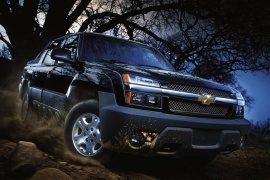 The Chevrolet Avalanche hit the North-American market in 2001 as a 2002 year model and was based on the Cadillac Escalade EXT wheelbase.
This full-size pick-up truck featured a light gray plastic body cladding, used to help customers make the difference between the new Avalanche and the Suburban/Yukon XL. It came with a choice of 2 engines and a brand new fascia (as compared to the classic Chevrolet models). Due to customers complaining about cladding problems following sunlight exposure, the Avalanche was also available without the feature starting mid-2003 (known as the WBH version).