Initially launched in 2006, the 2010 version of the Holden Caprice received a slight update.
The engines were now using new technology called SIDI (Spark Ignition Direct Injection) which is just a fancy name for direct injection. Therefore, the 3.6-liter V6 was now delivering 280 HP and 350 Nm (260 lb-ft) of torque. The whole idea behind the update was to increase the efficiency of the engine through various means like reducing the idle RPM and using a more efficient alternator. Now was also the time when some marketing measure were taken, Holden deciding to drop the Statesman nameplate. 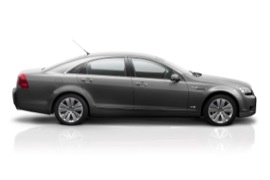