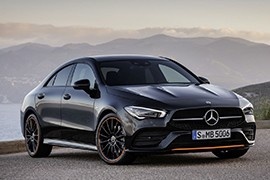 Initially introduced as niche model with not exactly great chances of becoming a sales hit in the compact Mercedes-Benz lineup, the CLA has managed to prove otherwise.
Over 750,000 CLA Coupes and CLa Shooting Brakes have been sold from the first generation, prompting Mercedes-Benz to invest in the development of a modern reiteration.

Based on the MFA2 platform, the all-new CLA II is a tad longer, wider, has a much longer wheelbase but is also slightly lower than its predecessor, making for an even more dramatic look. The aggressive but elegant looks is somewhat contradicting the overall design, which is a lot smoother and more polished, without making so much use of complex lines and non-aerodynamic intakes. The interior is pretty much a carbon copy of the one found in the A-Class W177, which was no surprise considering the two share the same platform. Also expected was the introduction of MBUX on the new CLA, which takes Mercedes-Benz infotainments to new heights through Artificial Intelligence. 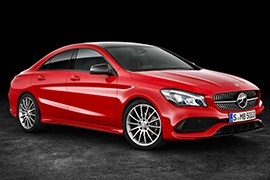 In 2016, the Mercedes-Benz CLA got facelifted, with its design being enhanced through new bumpers, a diamond radiator grille in black as well as new light-alloy wheels.
The interior also got new seat covers and trimmings along with chrome-plated controls. Tech wise, the compact coupe sedan received LED high performance headlights, hands-free access and further possibilities for smartphone integration into the control system. There is a new paintwork shade, cavansite blue metallic. The range of available wheels has also been significantly extended and the CLA 180 d BlueEFFICIENCY is the new economy champion. 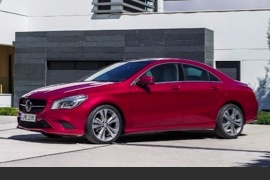 After the successful introduction of the A-Class’s new generation, Mercedes-Benz decided to build a four-door coupe based on it and named it CLA.
The A-Class MPV sales were not that great, so Mercedes-Benz decided to make a bold move by launching the compact hatchback A-Class instead. It was a replacement for both the compact MPV and the former CLC, based on the W203 C-Class model. The five-door hatchback was soon followed by a sedan built like a baby CLS, but with front-wheel-drive.

While the car’s front was carried-over from the A-Class, the car’s shape was completely changed from the A-pillars to the back. The German designers imagined a low-profile roof with a sloped back and short trunk lid. The frame-less doors enhanced the car’s look.

The interior was inspired by the A-Class, with a more organic feel to it and a better fit and finish. A thick, three-spoke steering wheel, round air vents, race-inspired seats, ambient lighting, and a floating infotainment system screen were all part of the new packaging. The rear seats didn’t offer too much headroom, but those who bought it were more concerned about the look and style than the practicality. But still, they could transport two adults on the rear seats.

A fully independent suspension, four-disc braking system, and an electromechanical power steering ensure the car is both comfortable and very maneuverable. Power comes from a choice of new turbocharged, direct-injected four-cylinder engines, coupled with both 6-speed manual and 7-speed automatic transmissions. Both front- and all-wheel-drive systems were available.