The Polestar was for Volvo like AMG for Mercedes-Benz or M for BMW.
It was their division of mad engineers that tuned and tricked Volvo vehicles.

While it was still under Ford’s ownership, Volvo had to do safe, soccer-mom, eco-friendly vehicles. They were not allowed to brag about their victorious racing past. Volvo could only show their automatic braking systems, the gazillion airbags, and its Swedish steel superiority. Well, Geely changed all that philosophy after Volvo passed through some hands and landed on the Chinese giant portfolio. The new owner tried to make Volvo fans smile again, and the Polestar versions were just a way to do that.

From the outside, the V60 Polestar sported a way more aggressive stance than its regular versions. The design team added a new lip-spoiler, a roof spoiler, and a diffuser under the rear bumper for starters. A pair of big exhaust was far from any ecological statement but quite convincing for anyone who wants to go faster. To complete the image of the bad guy of the family, Volvo installed 20” light-alloy wheels.

The Polestar version was similar to its V60 siblings, but it featured a different trim on the center console, which featured carbon-fiber accents. Its bucket-seats with high bolstering had blue stitching, the official color of the Polestar.

The 2017 version sported a 2.0-liter inline-four engine. A turbocharger and a supercharger helped it obtain 367 hp, which went to an 8-speed automatic transmission that sent the power to an electronically controlled all-wheel-drive system biased to the rear axle. 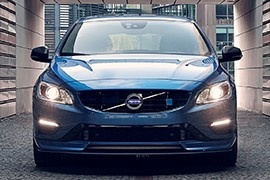