After six years on the market, the Giulietta was refreshed in 2016.
It took some design cues from its bigger sibling Giulia and introduced new engines to match the refreshed look.

The Giulietta name wasn’t new in the Alfa Romeo family. The first model that with that name was released in 1954 and it was offered as a family sedan, a coupe, and a roadster. In 1977, the Giulietta name was revealed again on a small executive four-door vehicle and it was produced until 1985. The third time when Alfa Romeo used the name was in 2010, with the launch of the 5-door hatchback. This time, with a front-wheel-drive.

The facelift adopted some styling cues from the Giulietta, which was the Alfa Romeo paradigm. It was enhanced and took a few exterior style elements, such as the honeycomb grille, the front bumper, and a refreshed logo. The darkened headlights amplified the sporty look of the car.

Inside, the Giulietta’s design wasn’t as attractive as the exterior. It featured the same look for the dashboard and the instrument cluster looked good. A new Uconnect infotainment unit was fitted with a 5” or 5.6” touchscreen in the middle of the dashboard. It featured internet and Bluetooth connectivity. A live navigation system was available as an option.

For the engine bay, the 2016 Giulietta received a new 1.6 jTDM diesel engine mated to a TCT (dual-clutch) gearbox. For the entire range, Giulietta was fitted as standard with a 6-speed manual and only some of the engines were available with the automated transmission. 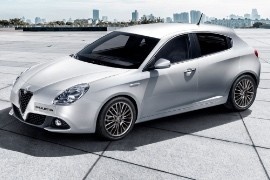