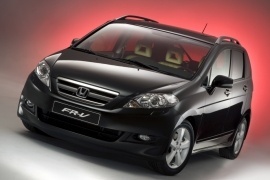 The Honda FR-V was a good six-seat vehicle refreshed at the wrong time on the market.
But the Japanese carmaker couldn’t predict that.

Due to the world financial crisis from 2008-2012, the car industry dropped, and some well-known brands disappeared or barely survived being taken-over by some other companies. Honda already had the FR-V on the market since 2004, and it was planned for a refresh in 2007. The wheels were turning, and there was nothing to stop it.

For the 2007 model year, Honda prepared a set of modifications to the vehicle. The front bumper featured a more aggressive design, with an aerodynamically profiled grille and side-scoops. Its headlights sported clear lenses. In the back, the carmaker installed new taillights with yellow turn-signals. Apart from these bumpers-lights changes, Honda installed new door handles as well.

Inside, there were minor changes to the trims. Honda changed the previously used carbon-fiber look trims to wood-trims. For the infotainment unit, the carmaker installed an aux-in port for external devices such as an MP3-player.

The real change came for the drivetrain, where the Japanese carmaker introduced the 1.8-liter engine from the Civic range. It replaced the previously used 1.7-liter and 2.0-liter gasoline units without losing too much power when. It was available with either a 6-speed manual or the robotized 5-speed i-Shift gearbox, with an automated clutch. But the sales were still low, and the range was ditched in 2011. 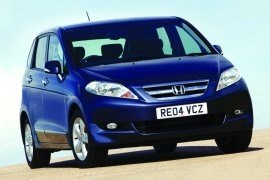 Honda’s Front Recreational-Vehicle was a unique styled six-seat MPV offered by the Japanese carmaker.
Depending on the market, it was also known as Edix.

A six-passenger MPV idea was not new, but it mattered how a carmaker made it happened. For instance, Fiat did an awful job with the 1998 Multipla, which was a practical vehicle but one of the ugliest cars in the world. It was still a long debate if that or the Pontiac Aztek was uglier. Honda, on the other hand, liked the 6-passenger car and introduced the FR-V in 2005. It looked better than Multipla, but its sales were too slow, and in 2011 the Japanese carmaker decided to pull the plug on that model.

Wedged-shaped and unusually wide for a regular car, the FR-V impressed with its Sumo-fighter stance. But while the well-known Japanese warriors were rounded, Honda designed the FR-V with soft edges and flat panels. Its grille with three horizontal chromed bars was unusual for the Japanese carmaker. At those times, that was mostly a Ford theme. The ascending lines were strangely ended with a sloped, then vertical, end.

The interior featured a 3+3 seating configuration. The front middle seat could have been folded when not in use and formed the widest center armrest in Honda history and featured cupholders. To accommodate the gear-stick, the engineers installed it on the center stack. In the rear, there were another three independent seats, with their longitudinal adjustments.

Under the hood, Honda installed a choice of four engines ranged between 1.7-liter and 2.2 liters. They were paired to a 5-speed manual until 2007 when Honda introduced the new generation of 6-speed manual gearboxes.