While most of the automotive manufacturers had already released their sportier versions, the Corsa OPC was the last to be unveiled to the public.
With technology borrowed from the Opel Adam R2 rally car, the OPC featured a 1.6-liter turbo engine that cranked out 204 hp and 181 lb.-ft of torque. In the sprint to 100 kph, the Corsa Opc took around 7 seconds and the top speed was rated at 228 km/h.

The aggressive look of the exterior design made it pretty clear that the sporty Corsa was a fast hot hatch.

A performance package was available and added 18-inch alloys instead of the standard 17-inch wheels, a sportier suspension that somehow compromised comfort and a Drexler differential lock for better grip.

With so many rivals on the market, the Clio RS seemed to offer a more refined ride, with the Fiesta ST was more playful on the road. The Corsa OPC felt heavy for its size and drifting was not among the list of games to play with it.

The sporty feeling inside the cabin was mostly given by the Recaro seats, whereas the dashboard and the steering wheel were not very different from the regular Corsa. The quality of the materials used was not the best, but looked well overall.

More expensive than most of the competitors available at the time, the Opc’s price started at around $30,000 and the Performance Package was an additional $1,800. 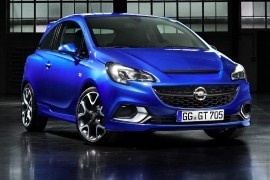