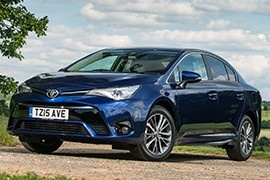 The interior got a makeover along with adopting more sound insulating materials. A new infotainment unit was fitted with the Toyota Touch 2 system and an 8” multimedia screen. That was better appreciated by private customers. The fleet market represents easily the largest sales base. This is due to the low running costs, which is more important for a company rather than the look or the sharp driving.

The new Avensis powertrain line-up has been comprehensively revised, building on the durability and reliability for which it is already renowned to offer customers reductions in fuel consumption, emissions and cost of ownership. 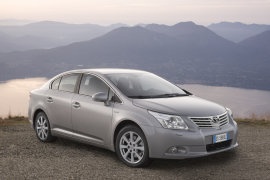 The third generation of the Avensis came in 2008 when the world economic crisis started.
Even though it came into a bad moment for the motoring industry, it managed to find its place on the market.

The first generation of the Avensis was introduced in Europe in 1997 and, in 10 years on the market, it managed to get 8% of the sales in the D-segment (mid-size vehicles). Like the second generation, the 2008 model was designed in Toyota’s design center in France. From the outside, it looked more like a facelift than a completely new model.

The front side of the vehicle was narrower and the A-pillars were raked even more than before. The car had a better appeal to the younger generation with its sporty look. The bigger, rhomboidal, headlights were available with bi-Xenon HID lamps. It was available only as a three-box sedan and station-wagon. The three-and-a-half hatchback was ditched due to low sales.

Inside, the material’s quality was better in some parts and lower in other, but it featured a new infotainment unit integrated into the center stack. The seats were still without big bolsters on the sides. Despite having a new platform, the third generation of the Avensis kept the same 2700 mm (106.3”) wheelbase, which led to sufficient leg-room for the rear passengers.

Under the hood, there were more engine choices, evolved from the previous ones, but mated to a new generation of transmissions. All the gasoline units were mated as standard to a 6-speed manual. For the diesel versions, only one was available with a 5-speed manual. The others were fitted with six-speed. Toyota offered a new, 6-speed automatic on the options list for most of the engines. A CVT was available for selected models. 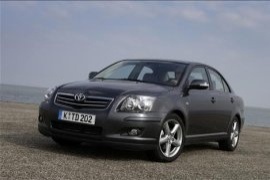 The second-generation Toyota Avensis was launched in 2003 and received the 2004 European Car of the Year title.
In 2007, Toyota introduced a refreshed version of the Avensis, with updates regarding its exterior design and a new engine. Not only the sedan body style was upgraded, but the same also applied to the wagon and the liftback versions of Avensis.

For 2007, the new Avensis came with LED turn-signals mounted within the outer door mirrors, adding a more premium feel, and increase safety. The side mirrors were now bigger to improve visibility.

The new diesel unit introduced in 2007 was a 2.0-liter D4D engine that developed 125, this engine offering excellent power and reduced fuel consumption at the same time. Friendlier to the environment than its predecessors, the new powerplant had low CO2 emissions of 146 g/km.

More powerful engines were also available, with the range-topping D-4D 180 that developed 177 hp. 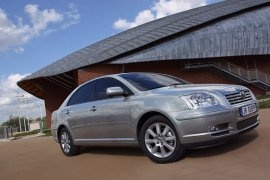 The second generation of the Toyota Avensis was launched in 2003 and it was a big improvement over the previous generation, offering more safety and more interior room.
While the first generation of the Avensis was more of an enlarged Corolla, the second generation came with a completely new package. Even though the smallest engine was more suitable for a compact-sized vehicle, the rest of the engine lineup was fit for the mid-size vehicle. It was available in three body-shapes: a three-box sedan, a two-and-a-half box hatchback, and a station-wagon.

The second generation of Toyota was styled in France but it didn’t impress too much the European customers. The big headlights and the tall front fascia, even if it was curved over the hood it didn’t catch up too much. Its proportions were well but more bland than bold.

Inside, the exterior design was continued with a simple layout of the dashboard. It featured above-average quality materials and the fit and finish were at a higher level. The enlarged wheelbase over its predecessor allowed more room in the back for the passengers. 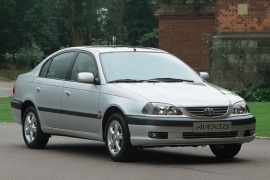 Toyota refreshed the first generation of the Avensis in 2000 and offered new technical upgrades, but the carmaker didn’t add too many visual improvements.
The Japanese carmaker was already known for its reliable products, and it tried to get into the mid-size sedan market with the introduction of the Avensis lineup. In Europe, it had to fight against better-known vehicles such as Volkswagen Passat, Renault Laguna, Peugeot 406, or Ford Mondeo. Even the Honda Accord was a better-known nameplate.

Some chrome trims enhanced its bland styling on the grille and clear-lens headlights. It was designed more for fleet users, where the total cost of ownership was more valued than the car’s look. Toyota replaced the formerly used smiling grille from the front lower bumper area with a straight design at the front. In the back, Toyota changed the taillights and installed wider reversing lights.

The biggest aesthetic change was inside, where the carmaker installed a new center stack with a stereo mounted on the top. Also, the instrument cluster looked more refined than on the non-facelifted version.

Under the hood, Toyota installed a new engine generation fitted with variable valve timing. Unfortunately, the base version was powered by a 1.6-liter gasoline unit that provided a mere 110 hp, way less than its competitors. Besides, the fuel efficiency was not as good as expected. 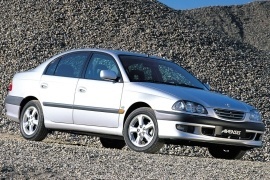 In 1997, Toyota decided to drop the Carina E nameplate and introduce an advanced one: the Avensis.
It was a promise for the future.

Toyota started to get more traction in the European market, and the customers compared its products with Opel, Vauxhall, Peugeot, Renault, or Volkswagen. But the carmaker tried to offer something more. The Carina was too bland for their needs and the first generation of the Avensis was not a bland car neither by its look or by its character.

Some could say that the Avensis’ headlights somehow resemble those installed on the third generation of the BMW 3-Series (the E36), with its dual lamps under a clear glass design. Of course, speculations followed, but the customers couldn’t care less than that. The small, short grille with horizontal slats was extended on the lower side of the bumper with additional cooling areas and air-intakes. The Avensis was available in three body shapes: sedan, hatchback, and station wagon. The middle one was the least attractive from the design and utility point of view.

Inside, Toyota insisted on having a high building quality, and that was achieved. Even though some European carmakers could match the same fittings, it lacked behind most of them, especially the middle and premium brands. Still, it offered good upholstery options and a long list of standard features.

Under the hood, the Japanese carmaker installed a choice of five engines paired to a five-speed manual gearbox. For specific markets and engines, Toyota offered a 4-speed automatic transmission.