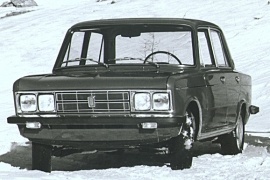 Fiat tried to trick the market and invested little in the 125 lineup, and the customers noticed that.
But still, they might be forgiven for offering the Special version in 1970.

The 125 Special left the impression that Fiat did not pay the design team and the engineering department for overtime, and they just recycled some old ideas. The vehicle was based on the Fiat 124 platform, which was, in turn, based on the former 1961 Fiat 1500 platform.

Fiat’s designers installed four square headlights instead of the regular round ones on the front fascia, and their job was almost done. Other than that, they kept the same brick-looking bodywork from the 124, but with flush door-handles and a teardrop-shaped turn-signal on the front fenders.

Inside, there was some more work done by the designers, who installed two big dials on the instrument panel for the speedometer and tachometer. They even imagined a center stack with almost impossible to see while driving two gauges for the oil pressure and the ammeter. The big dials from the instrument panel still hosted the fuel level and coolant temperature gauges.

While the platforms department and the designers didn’t get enough money to make a new vehicle, the powertrain department was spoiled. It provided a twin-cam engine fed by a dual-barrel carburetor. They paired it with a 5-speed manual gearbox, which was something to brag about. Most of the competitors received such a treat only about a decade or two later. In 1970 there were not too many carmakers that offered 100 hp from a 1.6-liter engine. But Fiat did it. 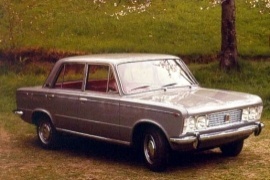 Fiat tried to unify its design language and introduced the 125 model in 1967 as a replacement for the 1500 lineup and brought it closer to the 124’s look.
The Italian carmaker tried to get the most out of the 1300’s platform, which was not that old, but retuned the suspension and introduced new engines and transmissions for the 125. Its marketing department convinced the company’s management that the engine displacement usage as a name was not the best idea for vehicles sold to families.

With the 124 already on the market, the carmaker introduced the 125 in 1967 as a larger version. While some considered it a large vehicle, the car sat below the Fiat’s flagship 2300. Its squared-looking bodywork and square double headlights system made the 125 look different from the rest of the range. Yet, it resembled its 124 smaller sibling in many ways, especially since they shared the same front doors.

Inside, Fiat’s designers kept the linear speedometer for the 125, as it was on the 1300 and 1500 models. Only the smaller brother featured the round dials. Thanks to its longer wheelbase, the 125 offered an adequate room for up to five people, but there was some limited footwell room in the back due to the transmission tunnel.

Under the hood, Fiat installed a 1.6-liter engine that provided 90 hp. It was a big number for those times, and the 125 was considered more of a sporty sedan than just a regular family vehicle.