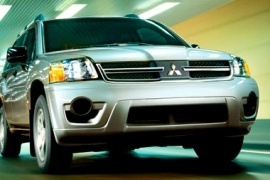 Mitsubishi decided to update its mid-size SUV Endeavor in 2008, after six years on the market.
Unfortunately, it was a bad time for the automotive industry.

When the world financial crisis struck, some carmakers delayed their development programs while others dared to make some changes to their lineups. Some were right, and some were wrong in both situations. Mitsubishi found itself in the second part and improved some of its vehicles, such as the mid-sized Endeavor.

While it kept the Outlander for the European market, it offered the Endeavor only for the North-American market. Mitsubishi built the vehicle in Illinois, and it was easier for it to keep the sales only at a short distance from the factory. The design was American-oriented but with some Japanese spices in it. Its unique front fascia design with a vertical slat that sported the badge in the middle and the squared, swept-back headlights was part of the mix. Its station-wagon-like bodywork helped the car looks more familiar for those who didn’t want a gas-guzzler SUV.

Inside, the Endeavor offered room for five adult-sized passengers. The carmaker improved the vehicle again in 2010 and installed a touch-screen infotainment system on the center stack. But it was too late to save the model, which was replaced by the U.S. version of the Outlander in 2012.

Under the hood, Mitsubishi installed a 3.8-liter V-6 engine that provided 225 hp, and it was paired to a four-speed automatic transmission. The carmaker offered the Endeavor with a front or all-wheel-drive system. 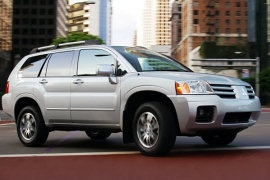 With its high experience on the SUV market, Mitsubishi introduced the Endeavor in 2003 to replace the former Mitsubishi Montero Sport on the U.S. market.

The Japanese car-maker understood that the most successful SUVs on the market were based on car platforms and it built the Endeavour on the Galant platform. Its size and features made it a possible good contender on the market. But its sales failed to prove that. The manufacturer expected sales of over 60.000 units per year but it never reached 40.000 units. Moreover, during the world economic crisis, its sales dropped under 5000 units for three consecutive years. In 2011 it was cut from the assembly line after a struggling 9 years on the market, after around 125.000 units sold.

The design was bold, with higher than grille headlights and a flat hood. From the side, it resembled the former Montero Sport, but somehow it looked like a station-wagon on stilts. Maybe that was a problem that led to its slow start and low sales.

Inside, the Endeavor featured a car-like dashboard, but with some extensions on the lower side to cover the tall side of the cabin. On the center console, there was the gear selector. As usual, Mitsubishi didn’t think too much about interior car styling. The center stack looked like it was installed after the car left the assembly line.

It was available with only one engine option, a transverse-mounted 3.8-liter V6 was the only option and it was mated to a 4-speed automatic gearbox with front or all-wheel-drive.